Contrary to popular belief, stress isn’t a bad word. In fact, it is the body’s natural response to threats. However, when it becomes chronic or long-term, it can lead to many negative physiological and psychological changes that one doesn’t want to deal with.

Chronic stress can increase the risk of low-grade inflammation. In turn, this can wreak havoc on the production of certain hormones, cause cellular damage, and contribute to chronic diseases, such as diabetes, cardiovascular disorders, and even cancers.

Stress can also decrease one’s immunity. People who lack sleep, have been dealing with anxiety, or are burned out are more likely to develop infections more quickly.

The good news is that today people can pursue different options to help them decrease their stress levels. One study suggests that a visit to massage and back pain specialists can help.

Physical Touch Can Do Wonders

In 2020, the University of Konstanz released a study in Scientific Reports detailing how physical stimulation, such as a massage, can increase relaxation and perceived perception of lower stress.

In their experiment, they divided the participants into two groups, one of which acted as the control. The other was further classified into two.

These groups both received tactile stimulation through a ten-minute massage. However, some were massaged around the neck and head regions, while the others were massaged on their neck and shoulder areas with slow stroking movements to determine whether touch would be enough to elicit a relaxed response.

The researchers asked the control group, meanwhile, to sit at a table for rest. In other words, they didn’t receive any kind of physical stimulation like a massage.

To know whether the stimulation had a relaxation effect or not, the team also monitored the participants by measuring their heart rate variability (HRV), the number of which can indicate how quickly the body can respond to environmental changes.

They also determined if the tactile stimulation or the sitting at a table quietly helped improve the feelings of stress through a self-reported questionnaire. 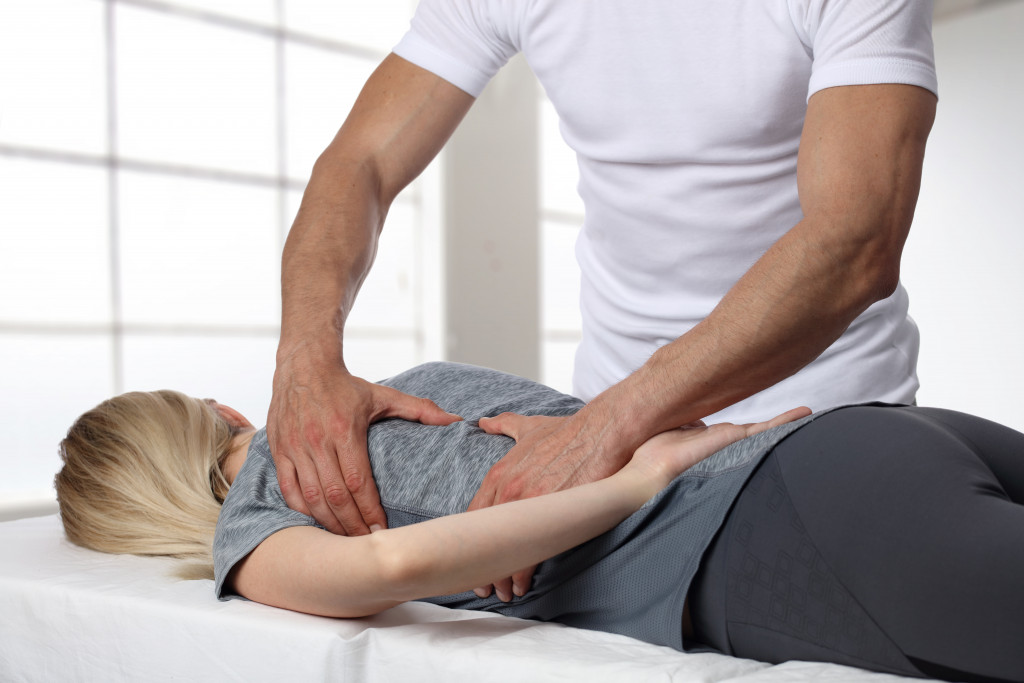 The results suggested that both forms of stress management, massage and sitting for relaxation, helped decrease physiological stress based on the higher numbers registered under HRV. They also reported feeling more relaxed.

However, the changes in the HRV were more pronounced among those who received physical stimulation, such as a massage. A significant reason is the touch’s impact on the parasympathetic nervous system (PNS).

The Role of PNS in Stress Reduction

While they may sound separate, they work together. For instance, the peripheral nervous system signals the brain if there are changes occurring in or around the nerves. The brain then provides the command.

A common example is when a person touches a hot object. The nerves detect the temperature, while the brain tells the nerves in the hands what to do, which is to remove it from the hot source right away.

When the person is in a stressful situation, the sympathetic nervous system gets to work. The amygdala, which is around the brainstem, signals the hypothalamus in the forebrain that the body is in distress. The hypothalamus then communicates to the nerves connected to the adrenal glands, which sit above the kidneys.

These glands then produce stress hormones such as adrenaline, and this creates common stress-related physiological changes like sweating and increased heart rate. The purpose of these is to increase one’s alertness and focus, so the person can respond accordingly to the threat.

The body, though, also functions based on the principle of homeostasis. In other words, it strives to achieve balance, and this is where PNS comes in.

Called the relaxation-and-digest system, its function is to counter the changes that happened when the sympathetic nervous system was still active. It brings the heart rate down, relaxes the muscles, and lowers blood pressure. It also relaxes the muscles of the digestive system, which partly explains why stressed people may be more prone to gastrointestinal issues.

Tactile stimulation like a massage can reactivate PNS when the sympathetic nervous system goes into overdrive. In particular, massaging the head and neck can improve the function of the vagus nerve, which is the longest nerve that connects to the brain.

The researchers are clear that more studies about the massage approach to relaxation are necessary before one can come up with a definite conclusion. Nevertheless, when one feels tired and burned out, visiting a massage expert could be worth a try.