It’s true that every person’s most prominent critic is themselves. Early on in life, people learn to find faults in them by taking what others say, or at least what they perceive. It’s one of the ways you get compelled to change your behaviors, like avoiding making loud chewing sounds when eating or finally starting on that exercise regimen for real. This is healthy self-criticism, as it contributes to better well-being and relationships. But there comes a time when self-criticism becomes a little too critical. You hold yourself to unrealistically high standards and punish yourself for not being able to achieve them. This puts serious risk to mental health, as it may lead to anxiety, depression, eating disorders, bipolar disorder, even suicide. Unfortunately, most people are often unaware of unhealthy self-criticism. The line between the desire to improve oneself and unrealistic perfection can be easily blurred. What you then have to do is be aware of the behaviors of inappropriate self-criticism. That way, you can stop it in its tracks before it ruins your health. Here are the signs you’re overly critical of yourself:

You blame yourself always.

You take responsibility for bad things happening in your life, like for instance, a job demotion or failure in an exam. Yes, it’s a reality that there are indeed events that come from one’s own mistakes, but if you keep overthinking, replaying in your head what went wrong and how you’re such a failure of a person to the point that you don’t see a way of redeeming yourself, you’re most likely taking this too hard. Moreover, if you’re blaming yourself for the things beyond your control, like the divorce of your parents or the death of an ill loved one, it’s also a warning sign of an unhealthy self-criticism. If you’ve been drowning in guilt for bad life events for a long time now, consider going through cognitive behavior therapy or CBT. Westport, Connecticut-based psychologists, say that this helps in tweaking negative thinking patterns, as you become equipped with skills to challenge your perceptions of what’s happening in your life. 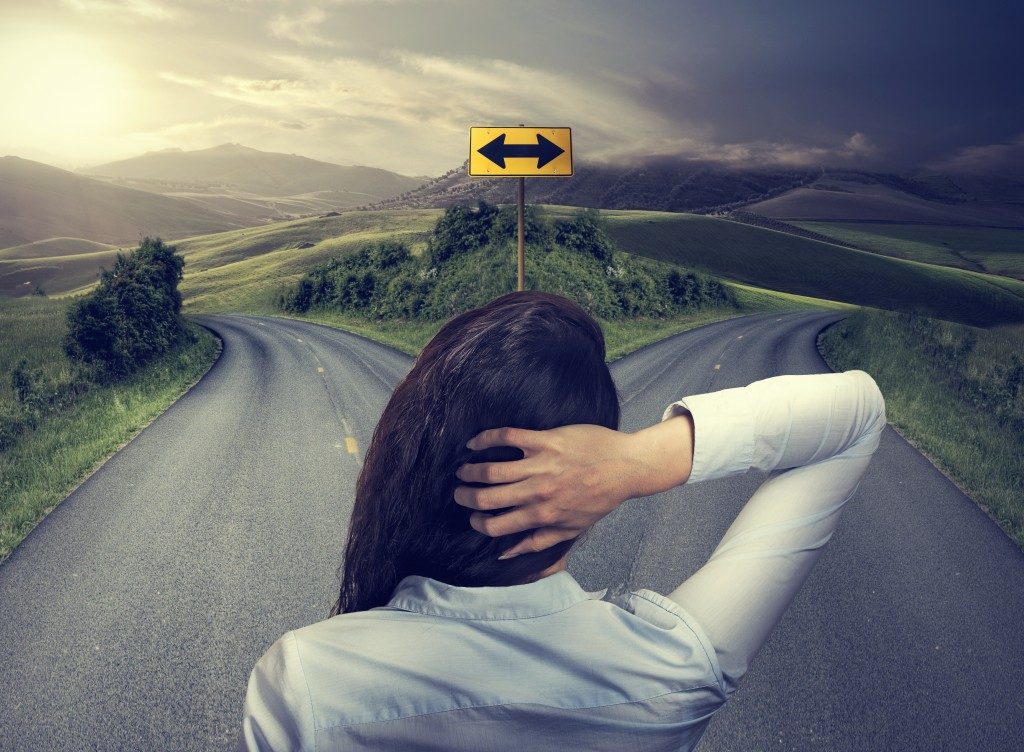 You’re afraid to try new things because you know, for sure, that you’ll fail. You believe that you can’t do anything right, so might as well do nothing. So you turn down that job you’ve always dreamed of, or you keep delaying that business venture you’ve been thinking about for years. Not taking risks can also be seen in how you perceive your opinions. You don’t voice what you think of, because you’re afraid that you’re going to say something stupid or out of place. Better to say nothing than be embarrassed later on. Do you see how such criticism is unhealthy? It paralyzes you. It silences you. This isn’t the life you’re supposed to live. The way to break this downward spiral is to be more aware of your thoughts and recognize that they’re not necessarily facts. Just because you thought of it doesn’t mean it’s true. Too often, thoughts of failure are exaggerated and unfounded. Practice mindfulness to achieve this kind of thought life.

In instances where you’re able to break out of your shell, you still think that there’s something off or it’s never enough. You got the job promotion, but you do not think everyone in the management team agreed. You launched your business, but you believe that you’re not at par with your competitors. Before you even get to celebrate, the urge to be obsessed about what could’ve been wrong overpowers you. What’s helpful in these situations is the practice of gratitude journaling. Be intentional in finding positives in your life experiences. Write them down. Whenever the negative thoughts crop up, go back to your journal and be reminded of things to be grateful for.

Are You Too Critical of Yourself?

Self-criticism is good, but it can also go borderline obsessive that it becomes unhealthy. Check on your thoughts and behaviors now and then. Go easy on yourself.