Dr. Alice Howland was in the middle of her jog when she sensed something different. The bright linguistics professor had been in this route before, but at that moment, everything felt new.

She later realized that she was lost, but that wasn’t the only thread of memory retained in her brain. She also remembered that she once fumbled on the words during a lecture. Alice was already suffering from the effects of early-onset Alzheimer’s disease.

Alice is a fictional character from the book of the same name, Still Alice. But her story is real. The author, a neuroscientist, received inspiration from her grandmother, who battled dementia. About 5 percent of the population will eventually develop early-onset Alzheimer’s that they might need to be in assisted-living homes for round-the-clock physical and emotional support.

Alzheimer’s disease also remains one of the most common and deadliest conditions in the United States. Despite this, many aspects of it are difficult to understand by laypeople, including the concept of early-onset Alzheimer’s. 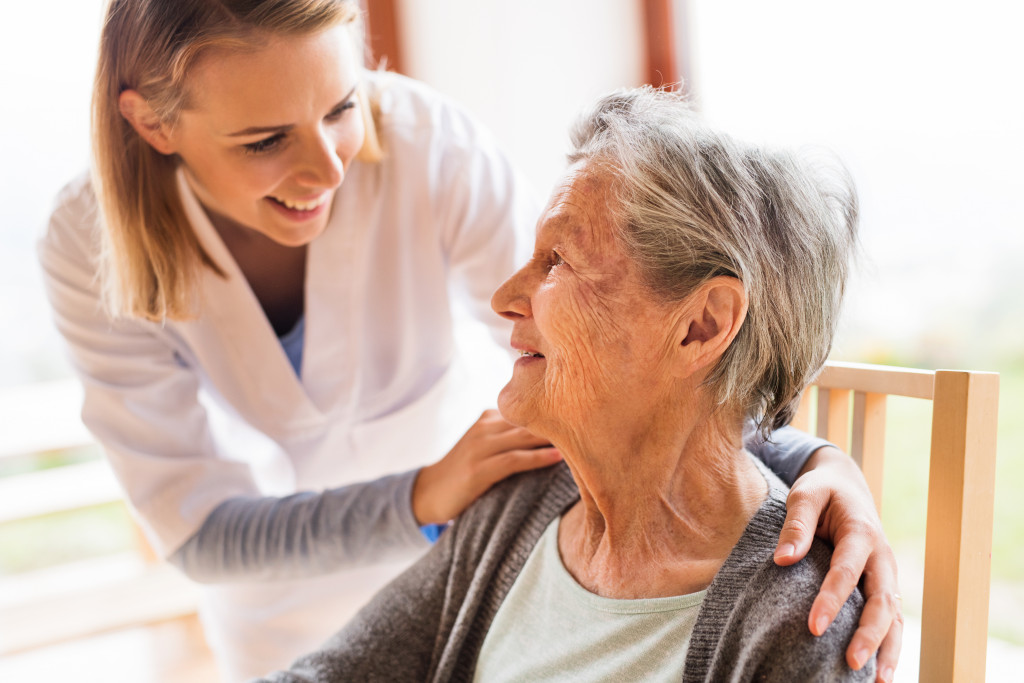 What Is Early-Onset Alzheimer’s?

Alzheimer’s disease is a progressive neurodegenerative condition that directly impacts brain function. Researchers have found that it damages the neurons, or nerve cells, in the brain.

The neuron damage leads to memory loss and difficulty carrying out everyday tasks. But what makes Alzheimer’s different from other kinds of dementia is that it starts in the hippocampus, the brain region that controls learning and memory. It also leads to an increasing amount of plaques and tangles in different parts of the brain, which significantly contributes to memory loss.

About 5 percent of Alzheimer’s cases are early-onset or younger-onset because it occurs before 65 years old. In some cases, people in their thirties develop the condition.

Some studies suggest that this type of Alzheimer’s is more severe and progresses more quickly. Those with late-onset Alzheimer’s live for at least 11 years. Individuals with early-onset might have a lifespan of half of that.

The symptoms of Alzheimer’s don’t change whether they occur early:

However, those with the early-onset disease might fare worse than others since they are less likely to seek medical help when they experience these symptoms. Instead, they might attribute these with something else, such as stress or other underlying conditions common in their age.

No one can still pinpoint the actual cause of Alzheimer’s and why it can occur earlier for others. But certain risk factors can increase someone’s chances of developing early-onset Alzheimer’s. These include:

How Is Early-Onset Alzheimer’s Diagnosed?

There is no definitive test for diagnosing early-onset Alzheimer’s. Instead, doctors will look at various factors, including medical history, symptoms, family history, and cognitive tests.

Cognitive tests are particular tasks that will help doctors determine if individuals have Alzheimer’s because it affects their memory and thinking.

According to the National Institute on Aging, those with early-onset Alzheimer’s might pass cognitive tests and those without the condition. However, they will experience more incredible difficulty performing day-to-day tasks.

What Are the Treatment Options?

Alzheimer’s disease doesn’t have any cure. However, some treatments help manage the condition, delaying the progress:

Common medications for Alzheimer’s disease include cholinesterase inhibitors and memantine. They work by stopping the breakdown of acetylcholine, a neurotransmitter that helps send messages between nerve cells in the brain.

Memantine is also used for moderate to severe Alzheimer’s patients. Doctors will prescribe them when other medications can no longer help with memory loss.

Doctors might also prescribe painkillers or antidepressants to individuals with early-onset Alzheimer’s to help ease the symptoms.

A healthy diet is essential for everyone, but it might be especially beneficial for those with early-onset Alzheimer’s. A nutritious diet can help improve memory and thinking skills. Good foods for the brain include omega-3 fatty acids, antioxidants, and cruciferous vegetables.

Exercise is another important way to help manage early-onset Alzheimer’s. It helps keep the body healthy and can also improve cognitive function. Moderate aerobic exercise is best, such as swimming, walking, or biking.

This type of therapy helps individuals with Alzheimer’s disease by providing support, structure, and guidance to their daily activities. This can be done in a group or individual setting.

One of the popular therapies is life story work. It involves caregivers and individuals with Alzheimer’s to tell their life stories chronologically. It helps the patient organize memories and retain information while providing others a sense of what they can expect going forward.

5. Education and Support for Caregivers

Caregivers play a critical role in the lives of those with early-onset Alzheimer’s disease. They provide physical and emotional support to the individual and their loved ones. Caregivers can find education and support through online, in-person, or one-on-one counseling.

As Alice’s condition progressed, she could no longer speak. She couldn’t even remember the daughter sitting beside her. But she remembered one could be her core value over the years: she said “love.”